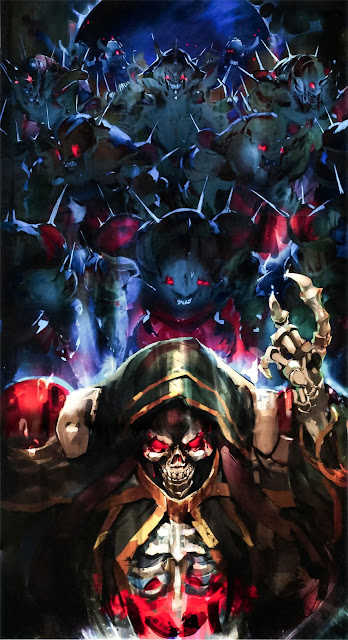 (Re)Translated by Nigel
Edited/Proofread by Deus Ex Machina
A young girl sat on the only chair ─ a throne ─ in a small yet luxurious room. Her voice was adorable and innocent, perfectly matching her age.

The man who was kneeling to the girl resembled a knight. He rose, then strode stylishly from the room.

The door closed, and after several seconds, the girl turned to the minister standing beside her.

After hearing the man’s cool voice, the innocent expression the girl was making collapsed.

Perhaps it was fatigue, but her eyes were half-lidded with cloudiness, her lips were formed into a へ shape, and her shoulders were rounded.

Her attitude did not resemble a child so much as a beleaguered woman in her 40s. However, the pitch of her voice still sounded very young; it was as though she had retained the same external appearance, but she had completely changed inside.

“Thank you for your hard work.”

“I’m seriously tired here. I’ve had enough of meeting people while looking like this.” She lifted the hem of her skirt. “Who the hell thought up these clothes which bare the entire leg, anyway?”

“Once more, I must repeat that you cannot, your Majesty.”

This girl was the Queen of the Draconic Kingdom, the Black Scale Dragon Lord, Draudiron Oriuclus.

She had the title of Dragon Lord, but her combat power was only that of a regular person. While the Theocracy classified her as a true Dragon Lord, that was simply due to her inborn talents, and so some people used the very rare title of True False Dragon Lord to describe her.

That was because the quality which determined her truth or falsehood was whether or not she could use Wild Magic.

“It is precisely because your Majesty evokes the urge to protect yourself in others that they work so hard for you.”

“Is everyone in this world a lolicon? I think being bigger would be better in various ways.”

Draudiron raised her hands to her flat chest, and wiggled them around like she was carrying something in them.

“─It is not a form; that’s my original shape.”

“Forgive me, your Majesty.”

Draudiron stared at the minister’s cold smile. She could not see the emotions lurking beneath it and turned away unhappily.

“Now that your Majesty understands, let us return to our original topic. That form might be able to win the hearts of men, but women will not favor it. In contrast, your present form is well-received by men and women, young and old. You ought to understand that. Now, if you insist on taking that form, then you must solve the problems which face this country. Have you any suggestions?”

“That said, if the present situation continues, you may take any form you wish, because nobody will be there to witness it.”

A heavy silence descended upon the room as she contemplated the state which the Draconic Kingdom was in.

“The Beastman invasion this time is different, isn’t it?”

“Indeed. Given the size of their forces, their aims cannot possibly be as petty as before. I am certain that they aim to conquer our nation. They must have finally made up their minds to build a livestock pen.”

There was a Beastman Nation near the Draconic Kingdom.

Beastmen were bipedal demihumans who resembled carnivorous animals like lions or tigers. The fact that they ate meat and thought nothing of eating humans was immediately evident by looking at their heads.

To these people, this nation was a hunting preserve.

In the past, they seemed to consider this place a self-replenishing feeding ground, and they had never launched an all-out invasion. However, for some reason, they had done so this time round, and three cities had already fallen to them.

The feasts held there made even someone like her want to throw up.

Faced with an external invader who could not be negotiated with, the entire country had rallied to give desperate resistance, but Beastmen were far stronger than human beings.

The Beastman Nation was one of the powerful nations on the continent, which spoke of how much greater their physical attributes were than those of human beings.

For instance, the performance parameters of an adult Beastman were ten times those of a similarly adult human.

Adventurers used values called difficulty ratings to quantify the strength of monsters. If an adult human was a 3, then a Beastman would be 30. The sole saving grace was that there were few exceptional individuals among them, probably because their base statistics were already so high to begin with.

“Currently, adventurers led by adamantite-ranked adventurers have barely managed to push back the enemy, but they are simply too numerous. They cannot stop the invaders if they split up into several tribe-sized elements. …Perhaps we must gather all the people to the capital and starve the enemy out of food, but we will probably run out first.”

“What a headache. The future’s nothing but darkness.”

“Alternatively, we could dispatch a hand-picked force to launch a decapitation strike at the enemy. However, if it is handled poorly, we might simply agitate them for nothing, but if we cannot stop the invasion, we might be forced to resort to it.”

“And he’s going to be the leader?”

The “he” in question could only be one man. He was “Brilliant Flash” Cerebrate of “Crystal Tear”, the sole adamantite-ranked adventurer team in this country. His nickname derived from his proficiency with the sword technique known as the Shining Blade, and he possessed the vocation of Holy Lord.

“He’s definitely a lolicon. Whenever he talks to me, his eyes roam all over my body. Does looking at a washboard like this make him happy? Why doesn’t he just go stare at a wall?”

“It is his fetish. Ah, yes, your Majesty is correct. He is a lolicon.”

“I honestly don’t want to hear you agreeing so readily. The adamantite-ranked people in my country… If only they were a more decent lot.”

“What are you saying? All you need do is pretend to be cute and play the role of a pure, innocent girl, and people will fight to the death for you. Is that not very useful to us?”

“I’m going to have to satisfy his desires one day… oi! Don’t look at me like I’m a pig who’s going to be served up as tomorrow’s breakfast!”

“Hahh…” the man sighed with deliberate exaggeration. That caused her veins to pop out.

“But that is all that will happen. Your Majesty, please bear with it. It is a better fate than your people who have already been physically eaten.”

She had no reply to give.

“…If we had the money, we could hire Optics. Speaking of which, what’s the Theocracy doing?”

“Don’t we donate large sums to them every year? Usually, they ought to have come to help us by now, right? It’s not like I want them to send out the Black Scripture, but they haven’t even sent out the Sunlight Scripture.”

The Theocracy had always sent their troops to aid the Draconic Kingdom in secret. The reason why it was a secret was probably because she was its leader.

“So this is our retribution for entrusting our national defense to another country. What a tragedy.”

“It’s not like I like relying on others, it couldn’t be helped! Don’t say you don’t know that our military budget’s always been very tight. If we spent more, the country would have gone bankrupt. Besides, it’s not like the troops will immediately get stronger if we spend the money on the military.”

The Draconic Kingdom had poured a lot of funds into dealing with the Beastmen over the years, but the outcome was every bit as tragic. She wanted to think that they had kept casualties this low because of the money they had spent.

“If the Theocracy’s abandoned us… ah yes, why not ask the Empire for help? If our country is wiped out, the Empire will be next, right?”

“There is still the Katze Plains between them, so it will not be the Empire’s turn right away. They might also detour around the lake to attack the Theocracy.”
“…True, I doubt they’re brave enough to charge into a place where the undead appear en masse.”

Incidentally, both of them had skipped over the Wyvern-controlling tribes along the way.

“It’s not that they’re not brave, but that the undead are inedible, so there’s no point conquering that place. Only fellow undead would be happy to take a place like that. Besides, the Empire ought to be busy too, right? Their yearly war is about to take place.”

“Seems a little late this year.”

“Yes, by about half a year. Some ridiculous magic caster made a declaration. Do you wish to read it?”

“Ahh, who cares about other countries! Enough of that, saving our country’s the important thing!”

The minister waved his finger. To him, that was probably all he thought of magic. Draudiron smiled bitterly.

“Wild Magic, hm? That kind of power isn’t the sort of thing a human can control; not even with an eighth of Draconic ancestry. If things go badly, it might hasten our country’s demise, so it’s a last resort.”

“A last resort, hm? I hope that day never comes. Then, I shall attempt to request aid from the Theocracy.”

The minister turned a cold stare at Draudiron as she gave her childish reply.

“That’s the spirit, your Majesty. Since you have the strength for it, then I trust you can write thirty letters of encouragement to our troops on the frontline ─ letters of trust from a young child. Naturally, I hope you will write like a child as well.”

“Guehhh… I can’t do that sober. Bring me wine!”

“Understood. While you may intoxicate yourself as much as you please, I hope you will complete this task by today.”

The minister bowed and left the room.

Draudiron watched his back as he departed, and then looked at her own hands.

Wild Magic was different from normal magic. It was magic that used souls. Therefore, if she sacrificed many of her people and then destroyed the souls which were produced, she could cast a powerful spell. Her great-grandfather the Dragon Lord had told her about the great explosion which was the Platinum Dragon Lord’s ultimate attack. In all likelihood, she could imitate it easily.

However, since she was much weaker than a Dragon Lord, she would have to sacrifice over a million people to cast a spell like that.

Draudiron covered her face with her hands.
She trembled, because she had the feeling that no matter what she did, Hell was her destiny─