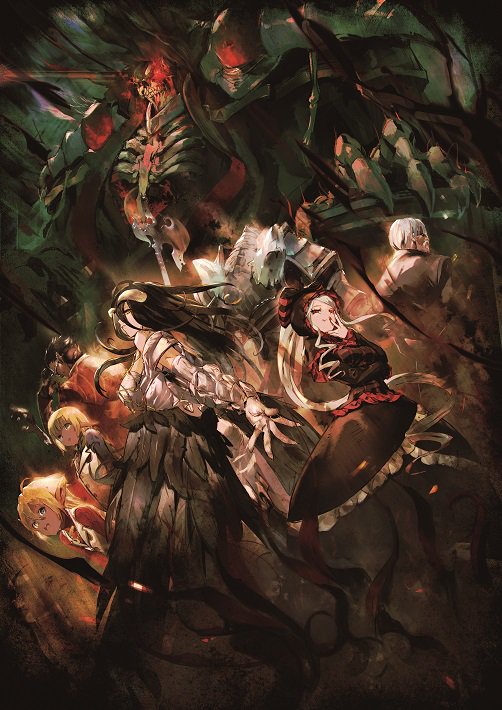 He walked to the balcony, a glass of amber liquid in his hand.

The balcony was located on the tallest building in this city. From here, he could see the city which he ruled.


His people lived between the myriad pinpoints of light below.

He smirked as he took in the view, and pressed the glass to his lips.

The hot, smoky sensation spread through his body from his belly. The wind was quite comfortable. Now that he was in a good mood, he asked the weakling who knelt in his room a question:

The weakling drew in a breath, but he had no interest in that. All he felt was displeasure in not receiving an immediate answer to his question. However, he was not angry enough to kill someone yet, so he did not make use of his might.

He was a merciful king.

Also, the scent of blood would linger. Even if he had someone clean it up, he would still feel annoyed for a while.

That being the case, the cleanest way to do it would be to push the weakling off from here. The most important thing was that the extreme circumstances of the fall might awaken the power of the weakling.

He wanted to say that it would be a good idea, but unfortunately, the weakling opened its mouth before he could do so.

“The Theocracy is building a field camp nearby. If this carries on, they will attack our Royal Capital in the coming years.”

“…If this goes on, we will all be destroyed. Please, I beseech your Majesty to use his might—”

“Why should I use my might on behalf of you weaklings?”

If he turned his head over his shoulder to look, he would see a citizen of his country kneeling there — a female Elf.

How stupid she looked.

She was so weak, with no special abilities, and thus utterly worthless.

Because of that, she could not understand how wonderful the Theocracy’s invasion was.

“…Don’t be stupid. Do you lack the will to muster up the strength to defend your own country? Or do you expect me to save you from any difficulty that crops up?”

“But, but, the Theocracy is very strong, and our strength alone…”

There was a distinct difference between the power of the Theocracy and that of his nation.

Be it in the amount of magic items, the skill of their troops, the resources they could allocate, their tactics — everything.

The only reason why the Elves could still hold the line in the face of the overwhelming power of the Theocracy was due to their guerilla tactics — the only field in which they surpassed the Theocracy — and the fact that the Theocracy feared losing troops to the monsters of the Great Forest of Evasha. Thus, they had slowed their advance.

However, the Theocracy had recently committed the Holocaust Scripture — which had hitherto been assigned to the defense of their home nation — to the fray. They were experts in assassination, guerilla warfare, and counter-terrorism, and thus the Theocracy’s advance had sped up immensely.

“…How surprising. Are you at your wits’ end because you are all weaklings? This is truly a country of idiots. All the children that I sired turned out to be nothing but useless.”

People born in wartime were stronger than those born in peace. That being the case, warfare was an opportunity to awaken the power latent in all living things. However, he had not heard about anyone whose power had awakened so far.

Still, he should not hold the people solely to blame. His many children had turned out that way as well. Their true number meant nothing to him so he paid it no heed; why would anyone bother counting pieces of garbage? It was probably because their mothers’ blood was too strong. None of the offspring he had bred from them possessed even a fraction of his power.

“Get lost. You are loathsome in my sight. Better yet, train up the children you bore for me.”

The woman bowed deeply, and left.

He finished the wine in a single gulp.

The children born of weaklings would only be weak. Thus, he needed strong mothers.

That was why he had sent the women to the frontlines during the Theocracy’s invasion. This war might have allowed those weaklings to grow.

“And they fell short of my expectations.”

However, nobody had become as strong as him. Or rather, they would only be born later.

“… Should I go all-out on the humans? I can breed with them, after all.”

Humanoids and demihumans could not produce offspring, but matings between humanoids could bear fruit.

Suddenly he turned his gaze to the distance, and memories of the past surfaced.

“Well, she got pregnant in the end.”

In the past, he had tricked the woman who had been known as the trump card of the Theocracy, and then he had captured her. He had chained her up and raped her, and even impregnated her. However, she had been stolen away by the Black Scripture before she could give birth.

He clicked his tongue.

That child was his. Since it had been born, they should give it back.

“…After this country falls, perhaps I’ll go over to the Theocracy in person and take the child back.”

This was not kindness of any sort.

After all, that child was the get of himself and that powerful woman, so it had the potential to become even more powerful.

Someday, he would use an army of his mighty children to encompass the world.

He walked back into the room, imagining the glorious future that would soon dawn. Facing him was a full-length mirror which reflected his image.
It was that of an Elf whose eyes had mismatched colours.