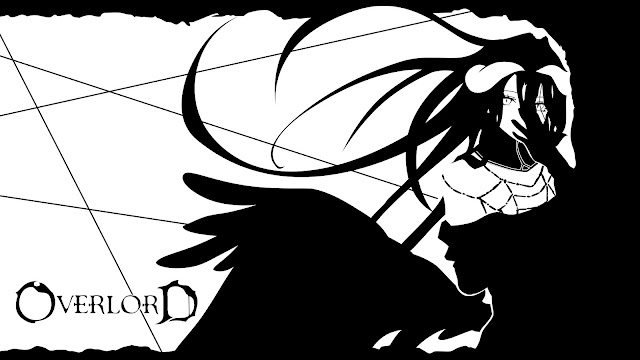 Prologue
Albedo entered the room, and then filled her lungs with air.

Sadly, there was nothing in the air to stimulate her nose, but that was to be expected. After all, not only did her beloved master not possess a metabolism, he did not even breathe, so there was no scent he could have left behind.

Still — she could feel it in her heart.

After breathing in the air where her master had been, she felt peace flowing through her soul.

This was what it meant to be a girl in love.

As the soft chuckle escaped her lips, Albedo pressed her hand over her mouth.

It was not that anyone was there, or that her teeth were showing. However, it was not something a proper lady should have done.

Albedo sat primly upon the bed, and then laid down.

She sniffed again, and as expected, there was nothing in the air. Still, the fact that she could do this while lying on her beloved master’s bed filled her with the deepest joy.

This was a perfectly reasonable course of action for a girl in love to take. If there was a woman who could lie on the bed of the man she loved, do the same things Albedo was doing and yet not feel anything while daring to call herself a “girl in love”, then she would certainly consider that woman to be one that did not understand true love, and swiftly eliminate such an unpleasant person without delay.

Albedo pulled back the hands wandering down her belly. Now was not the time for such things.

It seems this is becoming a habit, Albedo thought as she pulled herself upright.

In any case, she had to finish the day’s tasks.

After founding the Sorcerous Kingdom and placing E-Rantel under their rule, Albedo’s workload had dramatically increased. Much of the reason for that was because the officials who were supposed to manage E-Rantel had fled to the Kingdom, leading to a shortage of administrative personnel.

The plan was to use the undead created by her master to handle this task. However, since they were still in the training phase, the result was that it consumed her time instead, and increased her workload. In addition, there were many other things that she had to do. While her schedule would probably free up in the near future, for the time being she would still be very busy.

Of course, to Albedo, these labors were not onerous. Or rather, there was not a single denizen of Nazarick who would say that service to their master was a hardship. This was what Albedo believed. One might even go so far as to say that the heavier her burden, the greater her joy.

Said training had stretched from a few days to a few weeks. Even after a month, they were still only half-ready, but she would have to hand the reins of administration over to them and see how things turned out.

Recently, she had been considering a visit to the Kingdom, to meet with the King. In truth, her presence was not necessary, as long as her master — who overflowed with wisdom — was around. However, such tasks were little more than petty errands, which did not suit his role as an absolute ruler.

Kings had things which kings needed to do.

“Although, come to think of it… where does Ainz-sama plan to lead the Sorcerous Kingdom?”

A nation had policies which it could implement.

Once one had decided on them, they could to determine the laws of the land and the future direction of the entire country. For instance, they might decide to turn humans into slaves and have the entire country serve Nazarick. If they chose that path, then they would need to pass the appropriate laws to rule over humans as slaves. Then, with that as a forethought, they would need to consider various problems, such as how to deal with the nearby human countries, how to treat other countries’ humans, and other related problems.

However, her master had not been able to give her a clear answer, even until now.
In other words, the Sorcerous Kingdom was building itself on the foundations of the old house called the Kingdom, and it was missing its central leadership as it did so.

Could it be that this was the ideal sort of country for her beloved master? Or was he waiting for something? If it was the latter, she could only feel embarrassed that she could not read her master’s thoughts.

This was one of the few times that she was troubled by her master’s brilliant intellect.

There were many meanings to every move her master made, as a being of deep insight and distant considerations. She felt the most bitter regret because she could not immediately comprehend the significance of her master’s actions.

Even Demiurge — whose intellect rivalled, or perhaps even surpassed hers — had said in the past: “my wisdom could not even begin to catch up to the master’s; it is truly unbearable”. Still, even so–

“All I need to do is obey Ainz-sama’s decisions, no matter what kind of country he wants to create.”

In all ways but one, Albedo would faithfully follow her beloved husband.

“Still, what’s happened to him?”

But of course, there was no answer to the sound of Albedo’s muttering.