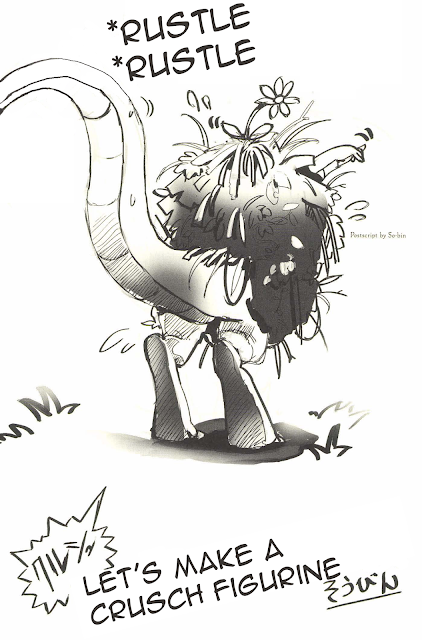 I trust nobody here has started reading from this volume. Therefore — it’s been a while, I’m Maruyama Kugane.

Then, like I mentioned in the previous volume’s afterword, this volume is quite unique for a light novel, being entirely about the Lizardmen. That’s pretty rare among light novels, right? Then again, perhaps I’m just ignorant, but I have the feeling that very few light novels write about the main character launching a one-sided attack on a peaceful village.

How did you find this volume, everyone?

I suppose opinions will tend towards two extremes. However, in future volumes, it is very likely that scenes of the strong trampling the weak will show up.

The main character of Overlord is not someone who only deals with problems and situations that he sees. He is the kind of person who takes action to achieve his own aims and to reap benefits for himself. In other words, he is not the type who only goes to rescue the female lead when he hears that she’s in trouble, but he is the carnivorous type who goes out and finds the female lead when she’s in a fix… wait, that sounds kind of wrong.

Therefore, as you who play strategy games may know, the easiest way of achieving Ainz’s aim of amassing military might is not to challenge the strong, but to subdue the weak to bulk up one’s forces.

Therefore, I wanted to write this story from the less commonly-seen perspective of the invader, as opposed to the more common point of view of the invaded party. That said, a back and forth slugging match hardly counts as an invasion.

Next, I shall express my thanks.

So-bin-sama, your Crusch drawing was adorable and made me very excited. Chord Design Studio, your design of the cover, the spine, and the poster was really cool. Ohaku-sama, you are always meticulous in your proofreading. And then there is my editor F-da-sama, who has assisted me in many ways.

Honey, thank you for the edits and I am grateful for all the cracks you made. Cleaning up really is troublesome.

Also, my deepest and sincerest thanks goes out to all your readers who bought this book. Thank you very much.

Then, I hope we’ll be able to meet in the next volume.

As an aside, I have been looking for a way to put “death” into a chapter title in every book, but I’m starting to run out of ideas, so I will probably stop doing so from the next volume onwards. It was just amusement on my part, so missing it will not cause any problems… however, things will be difficult if there are no tasteful names in this part! Sadness. 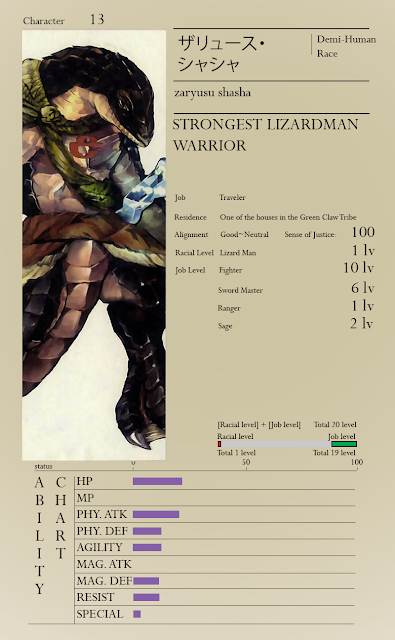 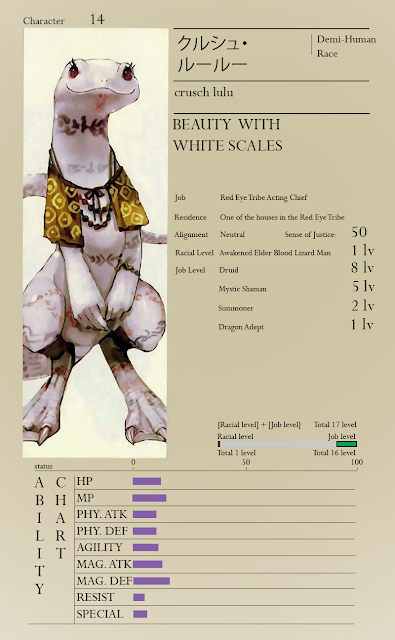 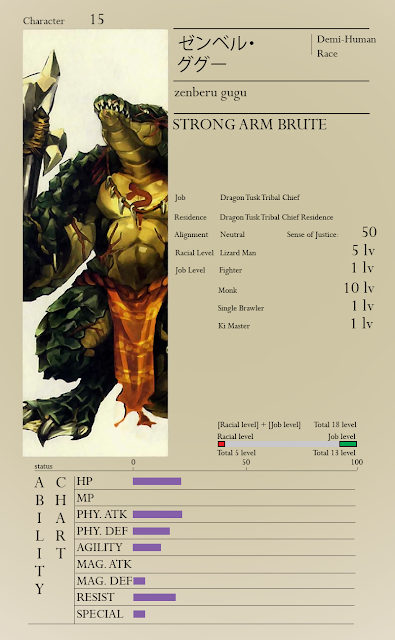 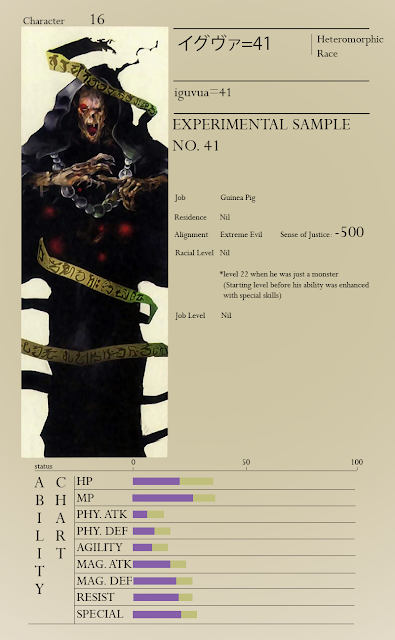 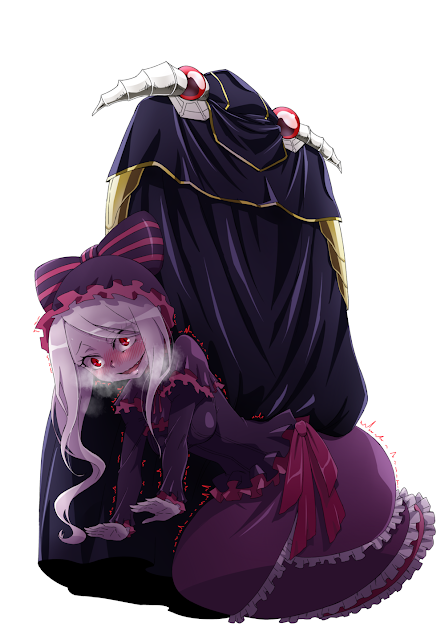 A gentle sensation filled his body. It was as though a hand were trying to drag him up through deep water, but Zaryusu shrugged it off. That was because he felt something disgusting from that frightening hand.

After what seemed like an instant and an eternity had passed, he felt the hand reaching for him again. Zaryusu wanted to brush it off once more, but he stopped. That was because he heard a voice coming from beside him, that of the female he loved.

In this world where time might not have existed at all, Zaryusu waffled, and then, however reluctantly, he reached out to take that hand.

After that, someone pulled him up forcefully, dragging him into a brilliantly white world.

He felt like his innards were a sack of mud.

He felt incredibly tired. Even intense physical activity had never left him this exhausted before.

Light stabbed into his field of vision. Lizardmen’s eyes could automatically adjust to ambient lighting, but they could not resist momentary flashes of light. Zaryusu blinked—

Someone was hugging him tightly.

Logically speaking, he should never have heard that voice again. But that was because he believed that he would never hear that female’s voice again.

As his eyes finally adjusted to the light, he looked on the female who embraced him.

She was the female he loved — Crusch Lulu.

Why? What was going on?

Zaryusu’s heart filled with doubt and unease. His final memory was — his head falling to the marsh. He should have been killed by Cocytus.

Yet, why was he alive? Unless—

“—Crusch, could it be you were killed too?”

Zaryusu worked his mouth, which felt numb and thus hard to control, and then asked a question.

Yet the answer he received was a baffled look on Crusch’s face. As he saw it, Zaryusu breathed a sigh of relief, because he knew that Crusch was not dead. In that case, why was he still alive?

The voice from beside him supplied a hint.

“Hm… he seems to have come back to life, but his thoughts still seem muddled, and he seems to have lost levels… That being the case, it ought to be roughly the same as it was in YGGDRASIL.”

After realising who had said those words, Zaryusu looked to their source in surprise.

Before him stood the King of Death, a magic caster of extraordinary power.

In his hand was a thirty centimeter long wand, which radiated a holy air that was at odds with the undead monarch who held it. It was a beautiful wand which seemed to have been made of ivory and capped in gold, while its handle was inscribed with runes.

Zaryusu did not know this, but that wand was a Wand of Resurrection, a magic item which had recalled Zaryusu to life. Under normal circumstances, those who could not use clerical magic would not be able to use magic items imbued with cleric-type spells, but magic items of this type were an exception to that rule.

Zaryusu’s gaze wandered, and he realised that he was in the Lizardman Village.

They were in the central square, and many Lizardmen were kneeling in a circle around them. Their unmoving stance displayed their tremendous respect.

It was only natural to kneel when faced with such awesome power. However, it was not just respect he felt from the Lizardmen, but something more intense than that. The Lizardmen did not worship any gods, and strictly speaking, their faith lay in their ancestors.

Now, he sensed something like the reverence for a god from the surrounding Lizardmen.

“Mm, you may leave, Lizardmen. Someone will tell you when you can come into the village again.

Nobody spoke out against that order. More than that, they obeyed without a single sound of protest. The Lizardmen left the village in silence, the only sound being that of their bodies and their splashing across the marsh.

Perhaps their very wills had been shattered after seeing such tremendous power. Granted, that may have also been due to the Lizardman practice of obeying the strong.

In other words, everything was proceeding as Ainz had planned it.

The person who answered was a Dark Elf girl. She had been standing behind Ainz all this time, which was partly why Zaryusu had not noticed her, but the main reason was because of how incredibly quiet she was.

“Really now. Then, Zaryusu Shasha, allow me to congratulate you on your resurrection.”

It took a while for Zaryusu to parse the meaning of that word. As he realized it, an impulse flowed out from his heart that set his whole body trembling.

Resurrection — does that mean he brought me back to life?

He could not speak. All he could do was make gasping noises.

“What’s wrong? I doubt the Lizardmen despise resurrection, do they? Or have you forgotten how to speak?”

“Ruh-resurrection… you… you can bring the dead back to life…?”
“Exactly. What, you thought I could not raise the dead?”

“Was… was there a great ceremony of revival?”

“Great ceremony? What is that? I am more than sufficient for the task by myself.”

Zaryusu had nothing else to say after hearing that. Resurrection magic was a miracle which could only be performed by those legendary Lizardmen who bore the bloodline of the Dragon Lords.

And he could do it by himself.

Was he a monster? No, that was wrong.

Was he a magic caster of incredible power? No, that was wrong too.

He led a legendary army, and was accompanied by demons.

In other words — the being before him was nothing less than a god.

Zaryusu shakily rose to his feet and prostrated himself before Ainz. Crusch hurriedly rushed to follow suit.

Zaryusu felt something like confusion in the gaze which looked down upon him, but he assumed that he had been mistaken.

“Very well. I promise you that in the name of Ainz Ooal Gown.”

“Is that all? Of course I will guarantee the prosperity of all who serve under my flag.”

“You have my deepest thanks.”

“Come to think of it, you seem to have trouble speaking. After some rest, you ought to get used to it. For now, take time to recover. There are many things which need to be decided, and the most important thing is how to take care of this village… You may contact Cocytus about matters regarding that.”

After saying so, Ainz prepared to leave. However, Zaryusu still had something to ask, a question which needed to be answered right now.

“I pray you will wait, but what of Zenberu and my brother?”

“Their corpses should be nearby.”

Ainz indicated the outside of the village with a jerk of his chin, just as he was about to depart with Aura.

“May I ask you to resurrect them?”

“…Hm… There does not seem to be any benefit in doing so.”

“Then, why did you resurrect me? Zenberu and my brother are strong. They will surely be able to help you.”

Ainz studied Zaryusu, and then shrugged.

“I shall think about it… First, I shall preserve their bodies, and then I shall consider it.”

Ainz’s robe swished as he walked, indicating that the conversation was over. Aura’s voice trailed off as she said, “That Hydra is really cute~”

Zaryusu finally recovered from his prostration, and let his body go slack.

“I escaped with my life… or perhaps I should say that I came back to life.”

He had no idea how they would be ruled in future. However, if they could show how useful the Lizardmen could be, it should not be too bad.

“It’s fine. We’ll worry about that later, all right? For now, you need to rest and recover from your fatigue. It’ll be fine. I can still carry you.”

Zaryusu lay down and closed his eyes. The desire to sleep assaulted him, as though he was ready for bed after a long day’s hard labor.
As he savored the gentle sensation stroking him, Zaryusu’s mind sank into the darkness once more.