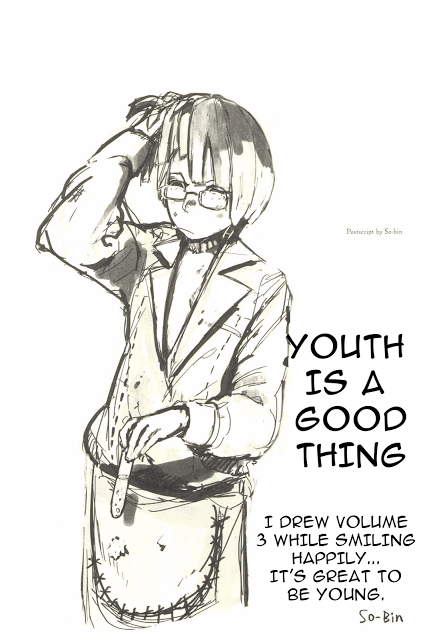 Greetings, dear readers, it’s been a while. This is Maruyama Kugane.
I have a small tale to tell from when I was redoing the battle scenes. When I was acting out the movements in real life, I accidentally knocked over a cup full of cafe au lait with my left hand.  I almost cried when the coffee-colored liquid sprayed everywhere. Though my bed was slightly stained, it was not a large patch, and the manuscript was unharmed, so I guess it was not that bad. If any of you readers are interested, you can try looking for the scene where I spilled my cafe au lait.

It is the scene which smells of milk.

Amidst all of these trials and tribulations was born Overlord 2: Warrior of Darkness. I would be glad if you enjoyed it.

I trust you can recommend this story to those people who are tired of the cliche of saving the damsel in distress. Since men and women are equal, then saving a male character should be fine, right? Although the protagonist always thinks of his own gain in everything he does, it would please me if you enjoyed a character like him who is motivated by self-interest.

Then, I will express my thanks next.

First, thank you to So-bin-sama, who drew the beautiful illustration for this book as well. The final product was more exciting than I imagined, and thanks to the art, I redid some of the battle scenes.

Thank you to Chord Design Studio, who once again helped me to produce an exquisite book cover and binding. I’m also very grateful to Ohaku-sama, who helped proofread some of the more difficult parts to understand. Thank you for this time as well, Editor F-Da-sama, I know I’ve caused a lot of trouble for you. Please add a little more red for me! No, I know it’s better not to have it…

Also, to my university friend Honey — thanks for this time too.

And last but not least, to the gentle readers who bought this book, as well as the online friends who gave their feedback while the webnovel was still running, thank you very much. Your remarks have always been a source of motivation for me.

Then, the next volume… it should be easier than this one… do I have to read it again? I don’t really want to…

No, as an author, I can do it for the sake of producing an interesting work… oh, that’s enough of my mumbling. It’s about time I bade you all farewell.

I will continue working hard, and I hope to see you again in the third volume. 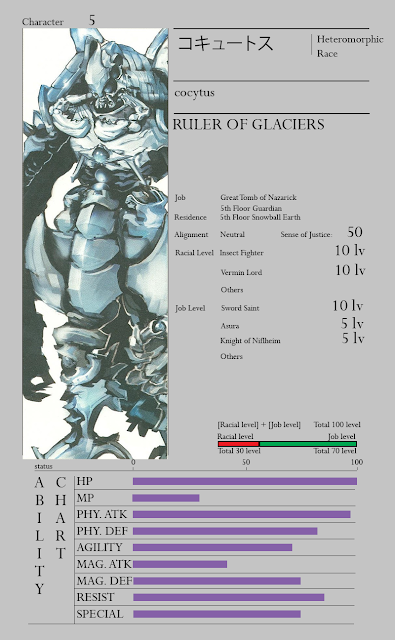 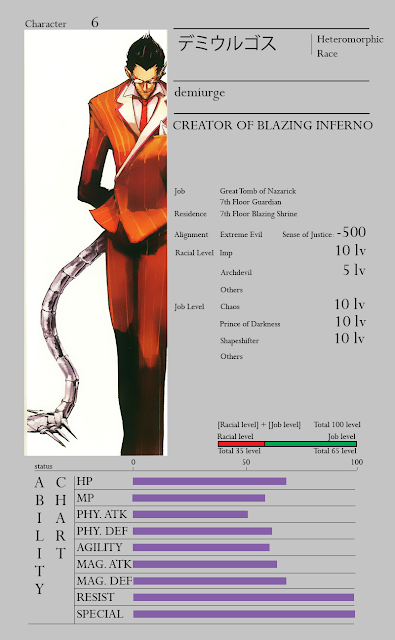 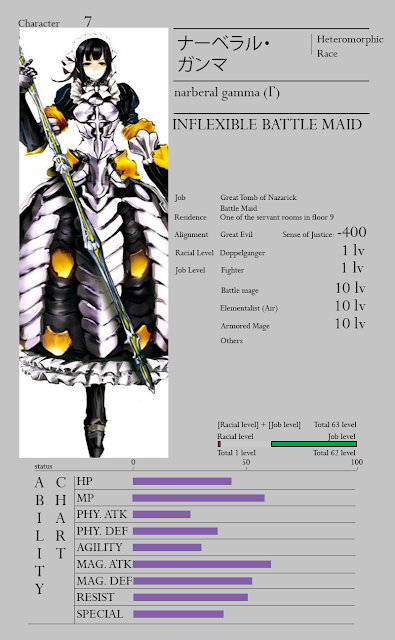 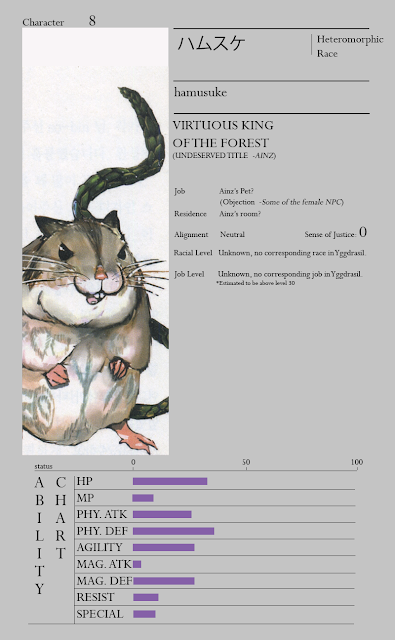 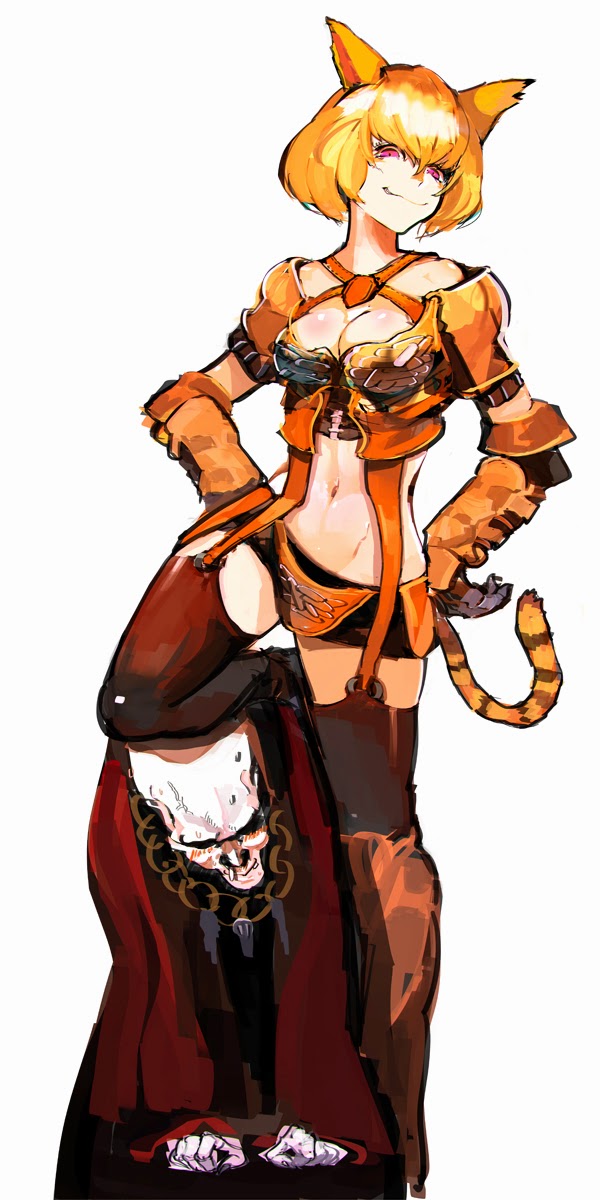 He pushed open the doors to the inn where he had stayed earlier.

The inn went silent, and countless eyes focused themselves on Ainz. This time, nobody obstructed him, and he came before the innkeeper.

The eyes of the innkeeper and the inn’s patrons were all drawn to the metal plate around Ainz’s neck.

In a casual tone which sounded like he was smiling, Ainz said:

After putting down the silver piece, he took the keys from the speechless innkeeper.

And so, Ainz entered his room, where he dispelled his magic and resumed his true face.

The mithril plate around his neck clinked loudly against the Nemean Lion Pendant. He had explained his part in last night’s activities in the graveyard, and had been awarded that metal plate.

The reason why the inn had gone silent was because of that plate. A man who had been a copper plate adventurer several days ago had now risen quickly through the ranks when they saw him again. This was beyond their ability to comprehend.

Their honest reaction filled Ainz with a sense of superiority, as well as dissatisfaction. In his heart, he had been hoping to be promoted all the way to orichalcum rank, but he had only managed the rank before that. What would they have done if he had really obtained an orichalcum plate?

Still, this was not an entirely impossible feat.

Only a small amount of people knew about this matter. However, when he narrated the events at the guild, Ainz’s accomplishments were truly unbelievable. Though he could have been elevated to adamantite rank right away, that had not happened because Ainz had no prior accomplishments and the investigations into the matter were not complete. Therefore, the Guild had decided to be prudent about this.

In other words, the Guild already thought of Ainz as an equal to the two adamantite-ranked adventurer parties in the Kingdom.

In addition, as time went by, the story of the battle in the graveyard, as well as the great name of Ainz — Momon would certainly spread throughout the city. This was because the fleeing guards talked about the exploits of Ainz.

The plan had gone so smoothly that Ainz could not help but smile. No, it had not gone smoothly; it had gone perfectly.

Ainz flicked the mithril plate with a finger, and then Narberal asked the question in her heart.

“May I ask how we should deal with those two? They said they would contact us about the appropriate remuneration.”

Narberal was referring to Nfirea and Lizzie Bareare — the two herbalists. Ainz had already decided how to deal with them.

“Lizzie said she would pay everything she had. Therefore, I will have her bring her grandson to Carne Village. She will make potions for me — no, for the Great Tomb of Nazarick.”

“…There are people who can make potions in Nazarick as well. Why must you specially engage these lower lifeforms (penis fishes) to do so as well?”

“It’s because I want a new source of power.”

Narberal stared dumbfoundedly and did not respond, so Ainz continued:

“I have considered that potion ingredients might run dry, so it is necessary to develop potion-making methods other than those of YGGDRASIL. In addition, we might be able to combine the methods of this world and YGGDRASIL, thus opening up a new avenue of power for us. After all, we might have already fallen behind by six hundred years. Of course, we’ll need to sternly warn her not to spread the means of making those potions… but looking at her, it seems that won’t be a problem.”

Ainz recalled Lizzie’s reaction when he brought Nfirea back to her.

He had already healed Nfirea’s eyes, but he was still only semi-conscious due to the tremendous shock he had received. Even so, when Lizzie learned that her grandson’s life was no longer in danger, she wept copiously, and swore that she would pay Ainz what she had promised.

“Let’s leave Lizzie aside for now. There’s something more important to take care of.”

He had received Entoma’s 「Message」 earlier, but since he was not free to talk earlier, Ainz could only tell her not to worry too much about things. After that, he had been far too busy to talk.

After the 「Message」 connected to Albedo, the first thing she said far exceeded his imagination.

For a moment, he had no idea what those words meant. After they slowly filtered into his mind, Ainz’s reaction was like that of a moron.
“…Hah?”